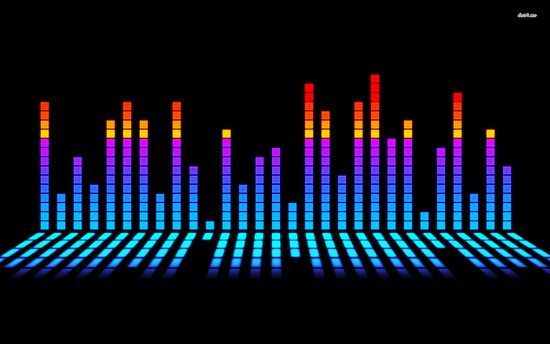 These works were recorded on the Bätz organ of the St. Ludgerus parochie in Loenen aan de Vecht, The Netherlands.

Ferrucio Busoni transcribed a number of the organ chorale preludes from the Clavier-Übung III and the Orgelbüchlein for piano. These marvellous and idiomatic transcriptions are favourites of every virtuoso pianist.

Transcriptions from the Clavier-Übung III :

This heterogenous collection consists of multiple settings of the German Kyrie and Gloria, BWV 669-677, the Four Duets for organ manualiter, BWV 802-805, and the imposing prelude and fugue BWV 552 which is also known as St. Anne's prelude and fugue. The collection of Chorale Preludes is often referred to as the German Organ Mass.

"Die Kunst der Fuge", BWV 1080, is an unfinished work by Johann Sebastian Bach, composed in 1748-1750 and published in 1751, a year after his death. In writing the fourteen fugues and four canons contained in this work Bach demonstrated his complete mastery of the most complex musical counterpoint, achieving particularly elaborate and ingenious combinations of relatively simple themes in pieces which attain the highest musicality.

When Bach died in 1750, almost blind, he was still working on the mighty triple fugue which is now known as Contrapunctus 14. As legend has it, he was dictating the notes to his pupil and son-in-law Johann Christoph Altnickol. The fugue breaks off, touchingly, shortly after introducing the motto theme B-A-C-H. At that location in the autograph manuscript, Carl Philipp Emmanuel wrote a comment stating that 'the composer had died over this fugue, where the name BACH is brought in as a countersubject'. When Bach's sons submitted the work for publication, they apologised for the unfinished fugue and substituted the organ chorale "Wenn wir in höchsten Nöten sein" in place of it. Later editions removed this irrelevant chorale and gave the unfinished fugue its rightful place as the technical and emotional culmination of the cycle.

The recordings presented here use the Henle Urtext edtion, a revised edition by the renowned Bach scholar Davitt Moroney, who also completed the unfinished fugue and recorded a benchmark performance of Die Kunst der Fuge on the harpsichord. The order of the fugues and canons, which has long been unclear, follows the ordering from this edition.

The French Suites were composed between 1722 and 1725. They consist of the traditional dances like Allemande, Courante, Menuet, Gavotte, Gigue, Sarabande as well as some less-frequently encountered dances like the Anglaise, Polonaise, Air, Bourree and Loure. These suites, not particularly 'French' in idiom, lack preludes, and are generally lighter and sparser than the Partitas and English Suites. They contain some of Bach's most popular and accessible keyboard writing.

As usual with Bach, parts of the suites were recycled from earlier works or sketchbooks, and they underwent several revisions after publication, like the addition of extra ornamentation.

The 15 Two-part Inventions, BWV 722-786, and 15 Three-part Inventions, BWV787-801, the latter also known as Sinfonias, have their origins in the "Clavierbüchlein vor Wilhelm Friedemann Bach" which was started in 1720. In 1723, during his tenure as Kapellmeister in Cöthen, Bach made a fair copy of the two definitive sets, a beautifully written manuscript which is the basis for all modern editions. The fair copy bears this hand-written introduction in typical Bach style :

HONEST METHOD
by which the amateurs of the clavichord - especially, however, those desirous of learning - are shown a clear way not only (1) to learn to play cleanly in two parts, but also, after further progress, (2) to handle three obligato parts correctly and well; and along with this not only to obtain good inventions (ideas), but to develop the same well; above all however, to achieve a cantabile style in playing and at the same time acquire a strong foretaste of composition.

From this, we can think it possible that Bach, while being well aware of the Inventions' many didactical qualities, originally intended them as a guide to extempore playing.

Another interesting issue is how they are numbered. Bach often numbered series of compositions in chromatic key order, starting at C major, and this is also the case with the two series of Inventions. Before the tempered tuning of instruments, the 24 keys existed in theory, but only 15 keys (C major, C minor, D major, D minor, E-flat major, E major, E minor, F major, F minor, G major, G minor, A major, A minor, B-flat major and B minor) were actually used in practice, and that is why both sets contain 15 pieces.

In the order above, it is obvious that the famous eight Invention should be in F major, which is indeed the key in which we know and love it. However, two different manuscript reproductions exist for this invention, using different numbering (see the manuscript page. The manuscript numbered as 8 was reproduced by Louis Spohr (1784 - 1859) while a manuscript reproduced by Wilhelm Friedemann Bach (J. S. Bach's oldest son and second child) is numbered as Invention number 4. Could Wilhem Friedemann have made a simple mistake, or was the original numbering not in chromatic order? We may never know...

In any case, there are few works in keyboard literature which so gloriously blend didactical and musical qualities.

The collection of 18 Organ Chorales BWV 651-668 is also known as the Leipziger Chorales. Most of them were composed between 1708 and 1719 when Bach was employed as Kapellmeister in Weimar. The last two chorales are expanded versions of preludes from the Orgelbüchlein which was also composed in the Weimar years. The last chorale, Vor Deinen Thron tret Ich, BWV 668, was also published in the first 1751 edition of Die Kunst der Fuge, under its alternative name Wenn wir in Höchsten Nöten sein, as a makeweight for the incomplete fugue.

The richly varied set is organized in groups of different settings of the same Lutheran chorale. For example there are two settings of Komm, Heiliger Geist, three of Allein Gott in der Höh' sei Ehr, and three of the famous Nun komm' der Heiden Heiland (which is perhaps more famous in the piano transcription by Ferrucio Busoni). Some chorales are virtuoso showpieces, others are simple improvisational preludes, and some are trios, anticipating the Trio Sonatas in their use of three fully independent parts.

Together with the Clavier Ubung part III, the Orgelbüchlein, and the Schübler Chorales, the Leipziger Chorales form the bulk of Bach's chorale-based organ compositions.

These chorales were recorded on the Bätz organ of the St. Ludgerus Parochie in Loenen aan de Vecht, The Netherlands.

This great organ work was composed in 1725 during the Cöthen period of his life (along with the Brandenburg Concerti and the first book of the WTK).
Chromatic Fantasy and Fugue in D minor (BWV903, 1725) (MP3, 10:18) Hawley, M.

Bach composed his Musikalisches Opfer (Musical Offering) after a visit to king Frederick the Great (Friedrich der Grosse) of Prussia in 1747. This visit is one of the few fully documented events in Bach's career. King Frederick was a skilled amateur flautist and composer, and he had invited Bach for a private concert appearance at the Prussian court in Potsdam. During the concert, he provided Bach with a theme (hereafter referred to as the Royal Theme) to improvise a fugue on. Despite the 'difficulty' of the theme (which is much longer than usual for a fugue theme), Bach rose splendidly to the occasion, and astonished the king with his brilliant improvisations.

Bach however felt that he had not by large fully realized the potential of the Royal Theme, and announced that he would do a proper job with it. Several months later he published the Musical Offering at his own expense. The set consists of three fugues, a trio sonata, and a number of canons, all based on the Royal Theme. Bach's ingenious dedication to Fredrick the Great reads

("a theme and other things worked out in canon by the King's command") The bein letters of this dedication mark out the word Ricercar, the name Bach gave to two of the fugues, one for 3 voices and one for 6 voices.

Bach sent a copy of the printed score, with a dedication in German, to the king. It is not known whether or not the king, who was a man of simple musical tastes and could barely read German, approved of Bach's masterfully artful adaptations of his theme. In any case, the Musical Offering stands, together with the Art of Fugue, as the foremost example of Bach's contrapuntal skills.

The Orgelbüchlein ("Little Organ Book") is a collection of 46 organ chorales, BWV 599-644, mostly written between 1708 and 1717 when Bach was organist at the Weimar court, and published during his tenure in Anhalt-Cöthen. The dedication, in typical flowery Bach style, reads

In which a beginner organist is given instruction in performing a chorale in different ways and at the same time to accustom himself to the use of the pedals, in that the chorales contained within it the pedal is treated completely obbligato.

To the glory of God on high, and to instruct men thereby.

This dedication, as well as the title, suggest a mere collection of pedagogical works for beginning organists. This, however, is a typical Bach understatement. These pieces, while much more compact than the large-scale Leipziger Chorales, Schübler Chorales and the chorales from the Clavier-Übung III, are of the highest musical and technical order, and certainly meant as much for professional as for beginning organists. One might say that the Orgelbüchlein is to the organ what the Well-Tempered Clavier is to the piano or harpsichord.


The Well-Tempered Clavier Book I.