IceJJFish (Ice JJ Fish) was born Daniel McLoyd in Aurora, Illinois. He is a musician that became popular online for being so bad at singing and rapping. IceJJFish is often compared to William Hung, an American Idol contestant who gained instant fame for being such a terrible singer. One of IceJJFish’s songs was featured on WorldStarHipHop, a hip hop website, and soon after, his popularity exploded. Critics have a hard time figuring out if IceJJFish is being serious, because while his singing abilities are described as terrible, he seems to be very serious about his singing career in his videos. In a video titled “I sing With 100 Voices”, Ice JJ Fish said "I'm starting to make good music ... I like to put my voices together ... I have a lot of voices in my voice”. Though IceJJFish sings R&B and rap songs, most of his latest songs have been of the R&B genre. 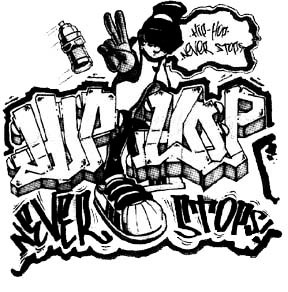